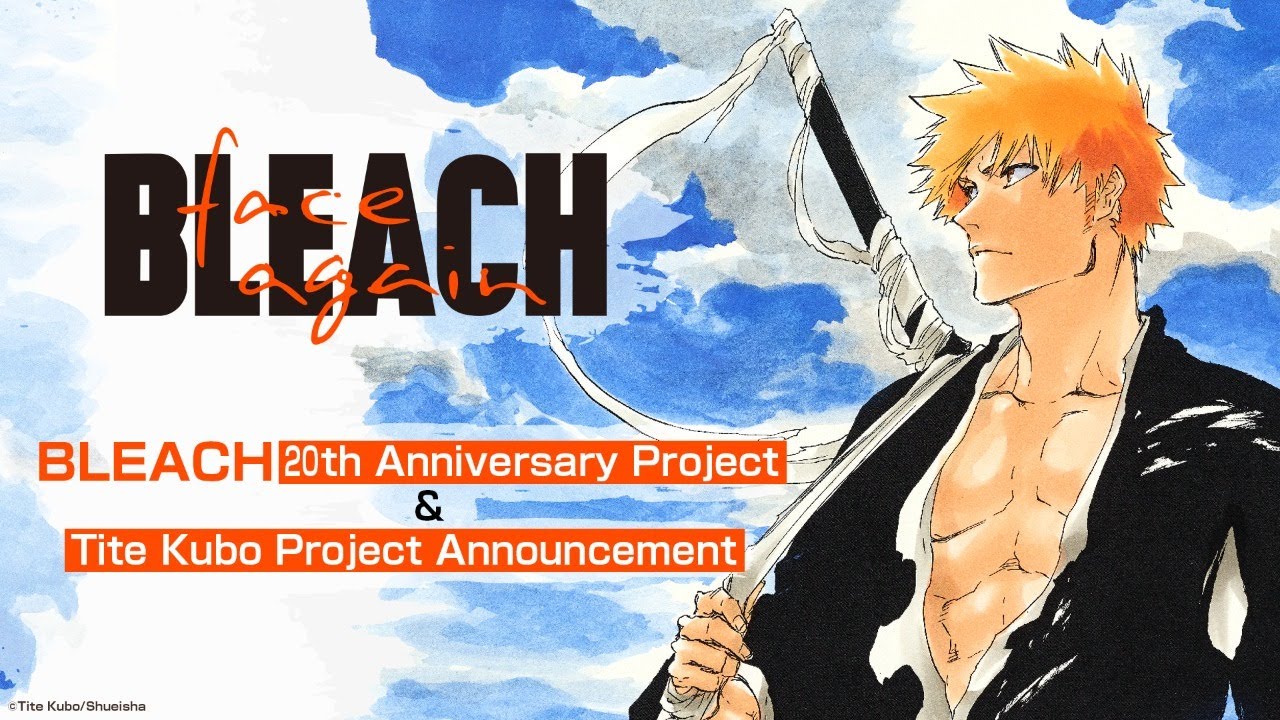 Fans have been waiting for Kubo Tite’ new manga ever since he finished Bleach manga and it seems like we finally will be getting a first look at his project on March 21.

The official Twitter account of Shueisha’s Weekly Shonen Jump Announced on friday that “Bleach 20th Anniversary Project & Tite Kubo New Work Presentation” will be a live streamed event scheduled for March 21 9:45 JST (March 20 at 8:45 p.m. ET). The event was supposed to be presented during AnimeJapan 2020 but was cancelled due to COVID-19 coronavirus outbreak.

The live stream presentation will also unveil a new Bleach Project which I hope to be an anime sequel instead of another live action sequel.

If you are unfamiliar with the series, Bleach is a Shonen battle manga written and drawn by Kubo Tite and published in Shueisha’s Weekly Shonen Jump since 2001 and ended in August 2016. Viz Media published the manga in English digitally and in print. Bleach received an anime adaptation in Fall 2004 by Studio Pierrot and ran for 366 episodes covering 54 volumes. The franchise has inspired numerous games, novels, stage plays including one live action.

The story centers around  Ichigo Kurosaki an ordinary high schooler—until his family is attacked by a Hollow, a corrupt spirit that seeks to devour human souls. It is then that he meets a Soul Reaper named Rukia Kuchiki, who gets injured while protecting Ichigo’s family from the assailant. To save his family, Ichigo accepts Rukia’s offer of taking her powers and becomes a Soul Reaper as a result.