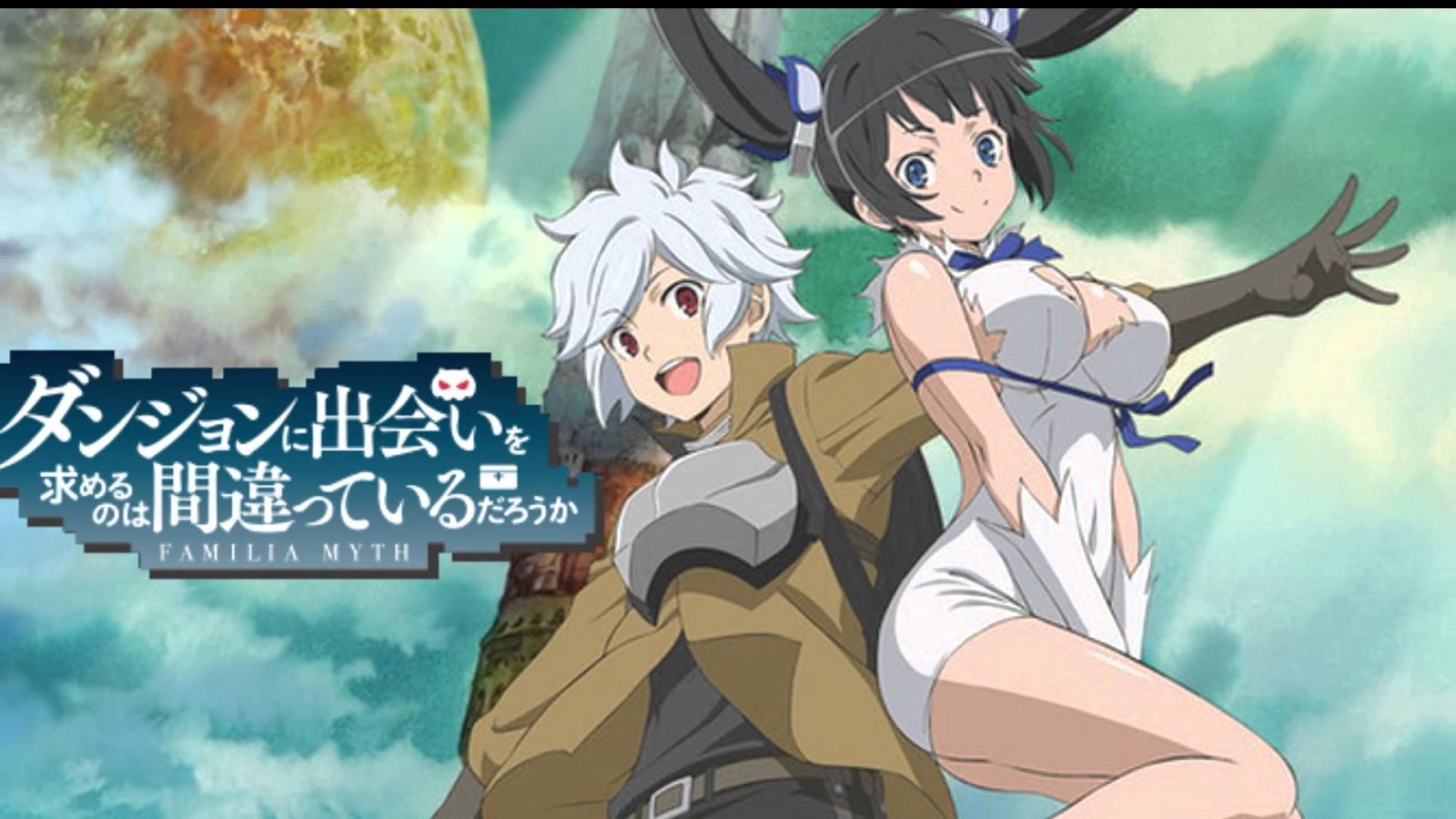 DanMachi or Is It Wrong to Try to Pick Up Girls in a Dungeon?“ is one the of the big anime title returning this summer with a season 2. The anime is scheduled to premiere on July 12 on Tokyo MX, Sun TV, KBS Kyoto, and BS11. With the release date coming closer the officials revealed a new trailer. A new Visual was also released few days ago. Have a look at the new trailer:

SYNOPSIS IS IT WRONG TO TRY TO PICK UP GIRLS IN A DUNGEON? SEASON 2

The second season will start with adapting Volume 6. Volume 6 Starts with Hestia being challenged by Apollo. A War Game-an all-out proxy war between gods, and the winner takes all. But what is it that Apollo wants? Hestia’s beloved Bell Cranell, of course! With a week to go until the Game, things are bleak enough, but then Lilly is kidnapped by the Soma Familia. The outlook isn’t good , but Bell has made many friends through his adventures, and they won’t stand idly by. The familia myth continues!

Yuka Iguchi will return to perform  the opening theme music for “DanMachi” Season 2 “HELLO TO DREAM”. He previously performed the Opening the es songs for Season 1, Spin-off anime Sword Oratoria and anime movieDanMachi:Arrow of Orion.

Most of the staff at J.C. Staff Studio will return to adapt the second season except series director Yoshiki Yamakawa who will be replaced by Circlet Princess director Hideki Tachibana. The fact that most of core members are returning assures that it won’t much of a train wreck like One Punch Man Season 2.

ABOUT— IS IT WRONG TO TRY TO PICK UP GIRLS IN A DUNGEON?

Written by Fujino Ōmori and Illustrations by Suzuhito Yasuda Is It Wrong to Try to Pick Up Girls in a Dungeon? is a Japanese light novel series. As of December 2018, 14 volumes have been released.

J.C. Staff also animated the Is It Wrong to Try to Pick Up Girls in a Dungeon? Sword Oratoriaspin-off Nobel by Ōmori into a anime series which premiered in April 2017.

The story also inspired Is It Wrong to Try to Pick Up Girls in a Dungeon?:Arrow of Orionanime movie which was screened in Japanese theaters on February 15 2019.

Yen press is publishing the English Release of Original novel along with the spin-off and respective manga adaptation.

“The story follows the exploits of Bell Cranel, a 14-year-old solo adventurer under the goddess Hestia. As the only member of the Hestia Familia, he works hard every day in the dungeon to make ends meet while seeking to improve himself. He looks up to Ais Wallenstein, a famous and powerful swordswoman who once saved his life, and with whom he fell in love.

His unaware that several other girls, deities and mortals alike, also develop affections towards him; most notably Hestia herself, as he also gains allies and improves himself with each new challenge he faces.