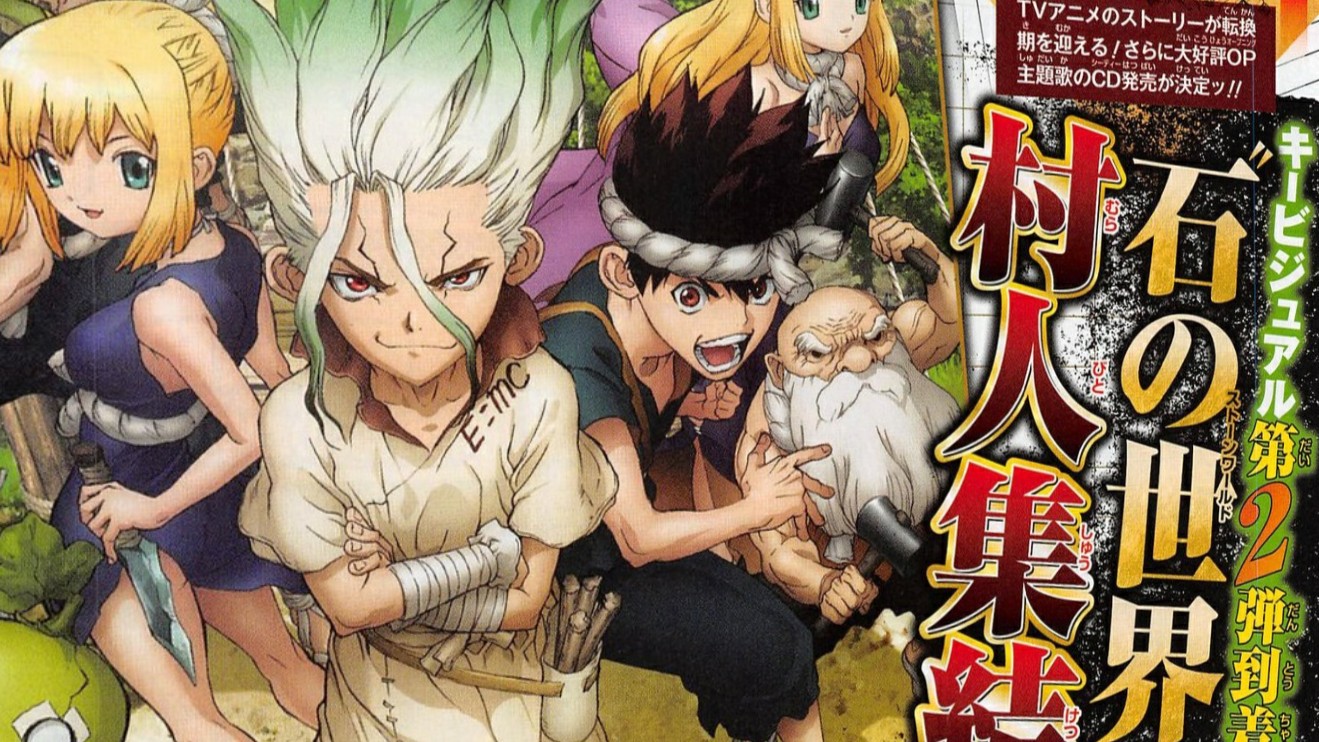 Being one the of the most anticipated summer title, Dr.Stone already had solidified it’s position as one the most talked anime this season. And with anime reaching  t
end of prologue arc in Episode 5, Dr.Stone anime revealed a new key visual for Kingdom Of Science Arc which is part of Ishigami Village saga spanning from Chapter 16-45.

The visual previews some new faces who will make appearance in the coming weeks like Senku’s rival Chrome who recently was ranked as 2nd most popular character in character popularity poll, Kohaku along with Ginro and Kinro.

The Kingdom of Science Arc will start from Dr.Stone Episode 6 which will air on Friday, August 9.

Written by Richiro Inagaki and illustrated by Boichi, Dr.Stone is a Japanese manga published in Weekly Shonen Jump since 2017. Viz Media is publishing the English digital and print release. Anime series by TMS Entertainment is streaming on Crunchyroll.

The series takes place when Several thousand years after a mysterious phenomenon that turns all of humanity to stone, the extraordinarily intelligent, science-driven boy, Senku Ishigami, awakens. Facing a world of stone and the total collapse of civilization, Senku makes up his mind to use science to rebuild the world.

Starting with his super strong childhood friend Taiju Oki, who awakened at the same time, they will begin to rebuild civilization from nothing… Depicting two million years of scientific history from the Stone Age to the present day, the unprecedented crafting adventure story is about to begin!