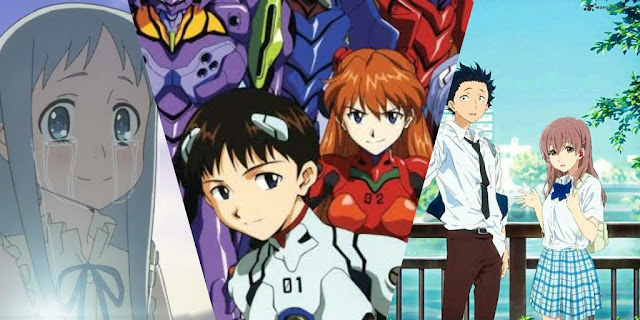 A new month is showing up and with every new month comes Netflix brings up some new anime titles. Here is a list Anime series coming to Netflix in June 2019:

The month will start with two heart breaking shows Anohana and March Comes in Like a Lion. While original anime Angel Beats! will start with comedic tone but ending will left us looking for more tissues.

Heartwarming anime film A Silent Voice  will soothe our broken heart. The movie is one of the most critically acclaimed film titles and a visual treat by Kyoto Animation studio. The film also was nominated for last year’s Academy Awards.

A Silent Voice tells the heartwarming tale of Shouya’s reunion with Shouko and his honest attempts to redeem himself, all while being continually haunted by the shadows of his past.

With this comes the most anticipated anime show and the worldwide phenomenon Neon Genesis Evangelion. The Netflix will have its whole 26 episodes length series along with the two movies Death and Rebirth and End of Evangelion.

The story takes place in 2015, the world is on the cusp of destruction after the ‘Second Impact’ brings a global cataclysm. The life Shinji Ikari changes forever as after he is summoned to Tokyo by his father.

Shinji’s father Gendou is the head of Nerv, an organization that utilizes the mechas known as Evangelions to battle the invading alien force.

Shinji is taken into the very depths of Nerv and is granted a new destiny as he pilots Evangelion Unit-01, with that fate of the world on his and Nerv shoulder’s they must unite together to save the Earth.

The month will end with the Original title 7 Seeds based on manga written by Yumi Tamura. The story takes in a world where  a cataclysmic event has seen all life on earth wiped off the face of the planet.

Having foreseen this potential outcome the government selected 5 sets of seven young men and women and placed them into cryogenic sleep.

Upon awakening, the remaining humans are placed into teams and thrust into the harsh new world.

So which anime series you are most looking out for.