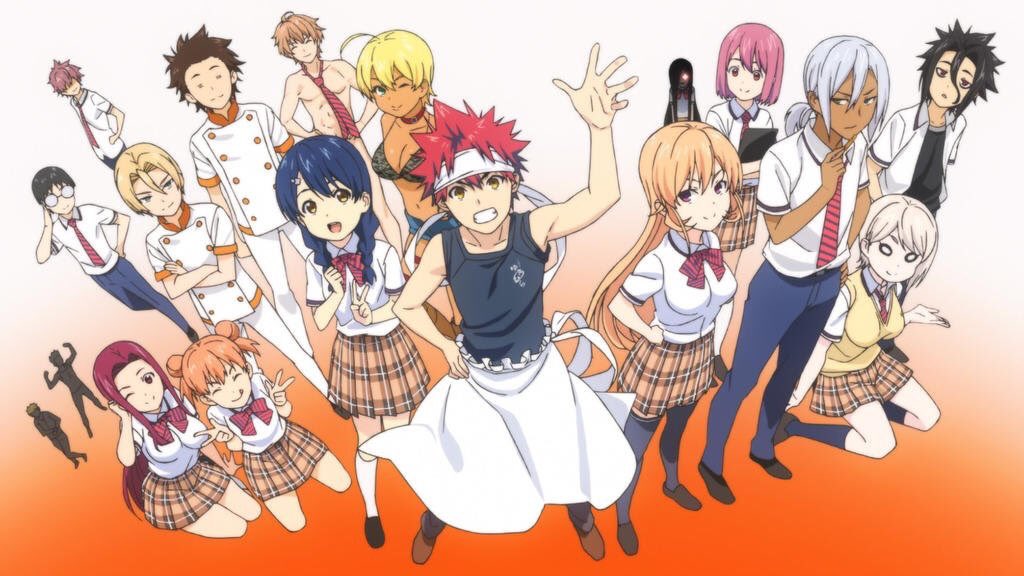 Looking at the visual with no change in art style it seems like J.C. Staff will again undertake the anime production with most of the previous staff. Episode run is still questionable, whether they are planning to finish upto central arc or cover the whole of manga.

Two weeks ago a scan from Weekly Shounen Jump announced the manga ending and teased a major announcement for the franchise. Fans were speculating a anime announcement or a manga sequel and luckily both of them is taking place. The manga is being shift to Shounen Jump Giga with 3 chapters left in it’s pocket which istitled Shokugeki no Soma~Le Dessert~.

Written by Yūto Tsukuda and drawn by Shun Saeki, Shokugeki no Souma(Food Wars) is Japanese Shounen manga out published inWeekly Shounen Jump since 2016. VIZ Media is publishing the English release of manga digitally and print.

The story centers around fifteen-year-old Souma Yukihira who ever since he was a child, has helped his father by working as the sous chef in the restaurant his father runs and owns.

Throughout the years, Souma developed a passion for entertaining his customers with his creative, skilled, and daring culinary creations. His dream is to someday own his family’s restaurant as its head chef.

Yet when his father suddenly decides to close the restaurant to test his cooking abilities in restaurants around the world, he sends Souma to Tootsuki Culinary Academy, an elite cooking school where only 10 percent of the students graduate.
The institution is famous for its “Shokugeki” or “food wars,” where students face off in intense, high-stakes cooking showdowns.

As Souma and his new schoolmates struggle to survive the extreme lifestyle of Tootsuki, more and greater challenges await him, putting his years of learning under his father to the test.