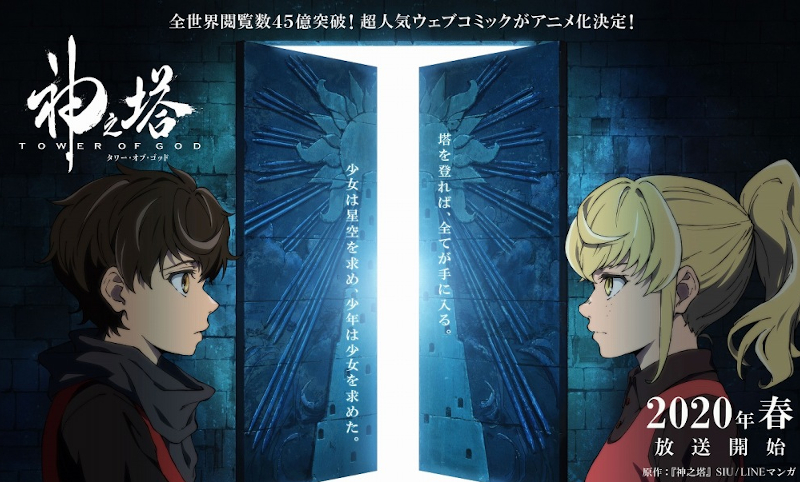 NAVER WEBTOON and Rialto Entertainment announced on Friday the TV anime adapation of the WEBTOON Tower of God along with it’s release date and key visual art. Tower Of God Anime will release in Spring, April 2020.

Details regarding animation studio and episode count haven’t been announced yet although A1- pictures is expected to be animating it. The key visual displays two of the main cast members. The character designs are crisp and detailed and art looks fairly beautiful.

Tower of God has become one of the first Korean Webtoon to be adapted into anime format under the Crunchyroll and Webtoon co-production agreement announced a while ago. Crunchyroll most likely will be simulcasting the show during the spring.

Tower of God centers around a boy called Twenty-Fifth Bam, who has spent most of his life trapped beneath a vast and mysterious Tower, with only his close friend, Rachel, to keep him company. When Rachel enters the Tower, Bam manages to open the door into it as well, and faces challenges at each floor of this tower as he tries to find his closest companion.

Tales Of Demons And Gods Chapter 268.5 Release Date And Where To Read