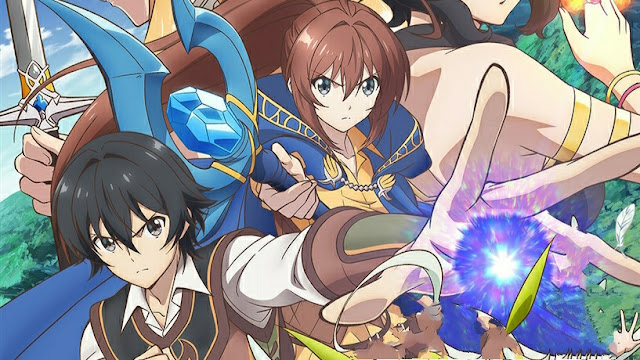 Have a look at the new key visual:

Talking about the plot the story revolves around regular highschooler student Taichi and his Rin who disappeared in a beam of light. When they came to, the two of them were already in a world of swords and magic.

Finally getting away after experiencing an attack by monsters, following the suggestion of adventurers they headed on the path towards the guild. In the guild, the two of them found out that they possessed unbelievably powerful magic.

Written by Takeru Uchida and illustrated by Nardack, Isekai Cheat Magician is a Japanese light novel series published by Shufunotomo since 2013.